Lifeproof vs Otterbox: Best Case for your iPhone 7/8/X/Xs

Otterbox defender vs Lifeproof Fre iPhone case, which one to go for? It is quite complicated to decide which case type to go with when deciding the best type of iPhone case to use. If I should be asked in the first place between Otterbox and Lifeproof which to refer to a friend, I will definitely consider their features, uses, importance, grading and of course, their ability to resist water when in such condition.

Recently, we were looking for how to check if an iPhone is unlocked and we unveil some really interesting steps to take in order to achieve that without spending a dime except otherwise you decide to go for a paid option.

The same thing are we going to do here in order to help you decide on the type of phone case to purchase for your iPhone 6/7/8 or iPhone Xs’ or whathaveyou.

Otterbox defender is one of the official iPhone cases manufacturers that produce high quality iPhone cases that helps in protecting your phone against water and an inbuilt ability to fight against any of such. Otterbox was founded in 1998 and has proven the quality of its products and withstood a taste of time in producing quality phone cases for Samsungs and iPhones.

If you are ever thinking out of the box, Otterbox is a good option for anyone who wants to protect their iPhone 6, 7, 8 or any latest against possible scratches or damages.

To make our review information easier, we have to consider the areas of which they needed to be compared as stated by iPhoneLife.com which includes:

As said, Otterbox did not give any direct statement to how far you can drop the Defender, but multiple daring Youtubers (like TechSmartt) claimed to have dropped their iPhones with case protection by this Otterbox case off multiple-story buildings and both case and iPhone were still in good condition. This is very unusual anyways but it seems Otterbox is really promising. 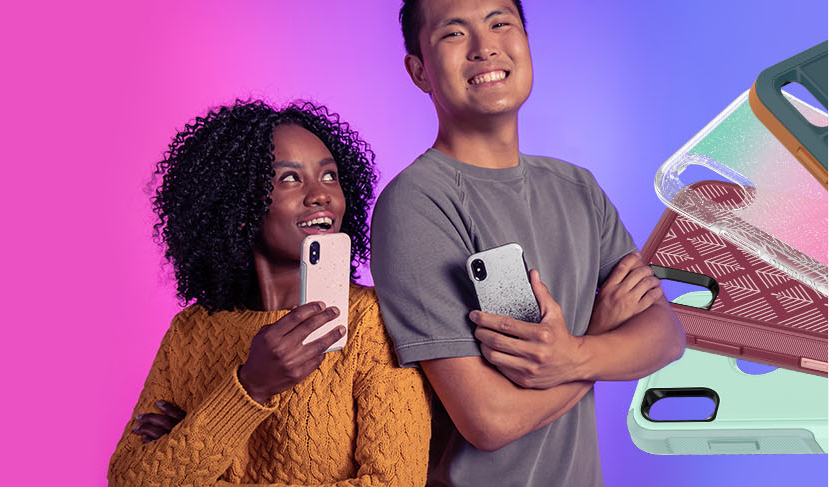 Guess what I wanted to do before writing this review? I should have tested to confirm the same scenario but no, I never wanted to risk my iPhone. I may attempt that in subsequence time anyways.

The architecture of Otterbox is extremely marvellous because it performs absolutely better than it physical appearance. Talking about the look the lighten look it appears and the streamlined design. It’s not as bulky as it should, compared to its performances.

Additionally, Otterbox comes in a great range of customizable colours which are very exceptional though in the subsequent time since they are now having competitors it might opt to improve in other ways.

With Otterbox iPhone case, physical looking at it when fixed, it looks as if it can affect the sound quality but however, it does the reverse of it by creating channels that amplify the audio irrespective of the protective shell.

If you are ever thinking of protecting your iPhone against possible dirt or other elements, Lifeproof is a good option but in all ramifications, Otterbox still comes out as the best in the aspect of life protection.

According to reviews from other websites, if you live an active lifestyle, often outdoors, the Lifeproof Fre will protect your phone from the elements such as dirt-proof, snow-proof, drop-proof, and waterproof. This is fantastic because you can’t tell where you will be next and the weather condition especially. Looking at this point, you can now decide which case to use either to protect your iPhone 7 or iPhone 8 from scratches or water etc.

However, while Otterbox is still the best, iPhone 8 where produced in such a way that it can withstand waterproof up to one meter of water and for about 30 minutes with the help of an inbuilt IP67 waterproof rating. This also protects it’s from dust as well as other conditions.

However, the Lifeproof Free has an IP68 waterproof rating which automatically implies that it can double the distance and time it can withstand water up to two meters and one hour respectively.

Most times, you might want to take your iPhone 8 to the beach, to the swimming pool etc and will probably want to swim with it and base on the mathematical definition of how far on its own it can withstand water, Lifeproof beat it to make you compromise your decision taking chances from Otterbox.

Truth be told, the case is more conveniently made for the adventurers I guess that’s why the iPhone is completely sealed in this case. Touchscreen protector sits flush against the iPhone’s glass screen. It sticks out slightly, so the touch reactivity isn’t perfect, yet doesn’t interfere with your interaction with the phone’s touchscreen.

So, now we can say that base on the areas which we used to determine the best amongst this two competitors, we discovered Lifeproof is actually the best and produce far more important than Otterbox. The rating was determined by several users reviews and comparisons from other websites such as iphonelife etc. However, with a personal comparison, I give it to Lifeproof Fre

The Shadow of the Tomb Raider Collector's Edition Downloads

The Shadow of the Tomb Raider Collector's Edition Downloads