The 15th of July 2020, the social media world was overwhelmed with shocked. Official accounts of major celebrities on Twitter, a platform with more than 330 million monthly users, were hacked to propagate a Bitcoin scam. This Twitter hack included verified accounts with millions of followers. This includes accounts of Elon Musk, Apple, Joe Biden, Jeff Bezos, Bill Gates, Kanye West, Kim Kardashian, Barack Obama, Mike Bloomberg, and so on.

The hackers tweeted from these official accounts asking fans and followers from the hacked celebrities to send bitcoin to specific wallet address with the guarantee of multiplying it and sending back. In particular, the greater part of the tweets asked for $1,000 and afterward vowed to send back $2,000. Such huge numbers of Twitter users and devotees of these records succumbed to the scam and the stolen amount of bitcoin is said to be $100,000. 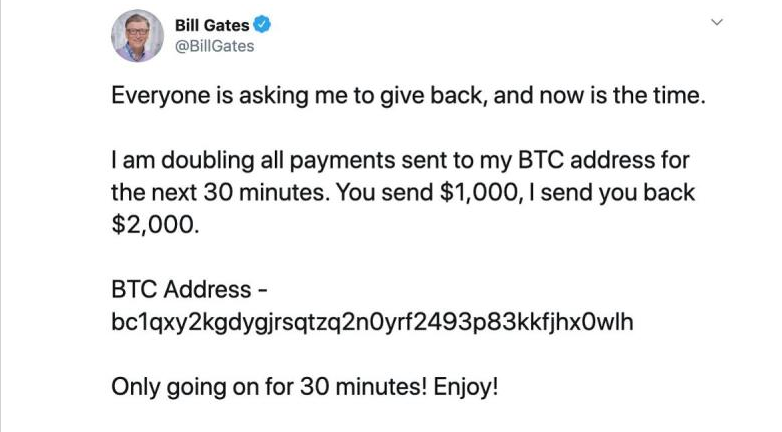 From discoveries, this hack scam was planned very well and the hackers figure out how to gain inward access to Twitter’s system. Once in, they take control of verified accounts and accounts with a huge number of followers to dispatch the Bitcoin scam. Hours into the hack, Twitter responded via it’s tweeter handle expressing that they knew about the situation of things.

While they examine and search for a way out, Twitter users were encouraged to reset their passwords and some other account functionalities. Shortly, accounts of certain users, mostly verified users, were restricted from tweeting on the social media platform.

Bitcoin scam are not new on Twitter but this happens to be the greatest and most alarming bitcoin scam ever. Tweeting from various official and verified handles simultaneously is sufficient to persuade oblivious users into transferring their Bitcoin. With the decentralization and blockchain technology of Bitcoin, following the identity of the hacker through the open wallet address has proven abortive.

However, an unsubstantiated update from an unverified Twitter user (@inteldotwav) uncovered the hacker to be Samuel Hyde, an ex-developer at Twitter. Twitter is yet to formally react to this case. 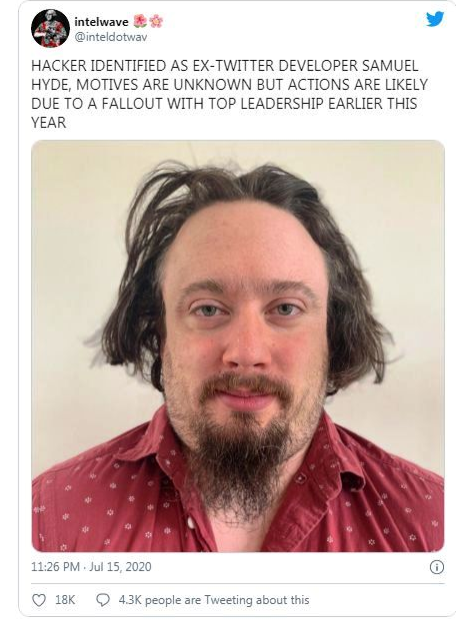 If the hack is an inside act as the tweet claims, at that point, the security slip by isn’t a flaw on the victim’s part. As a Twitter user, ensuring your account to abstain from being a victim of a hack like this is important. Twitter highlights 2-factor-authentication which is for account protection as it includes a second layer of security to your login. Returning to basics, your password ought to be secure with a mix of letters, numbers, and symbols.